In addition to Greenpoint Open Studios main schedule of events, see below for workshops, talks, parties and more popping up throughout the weekend. 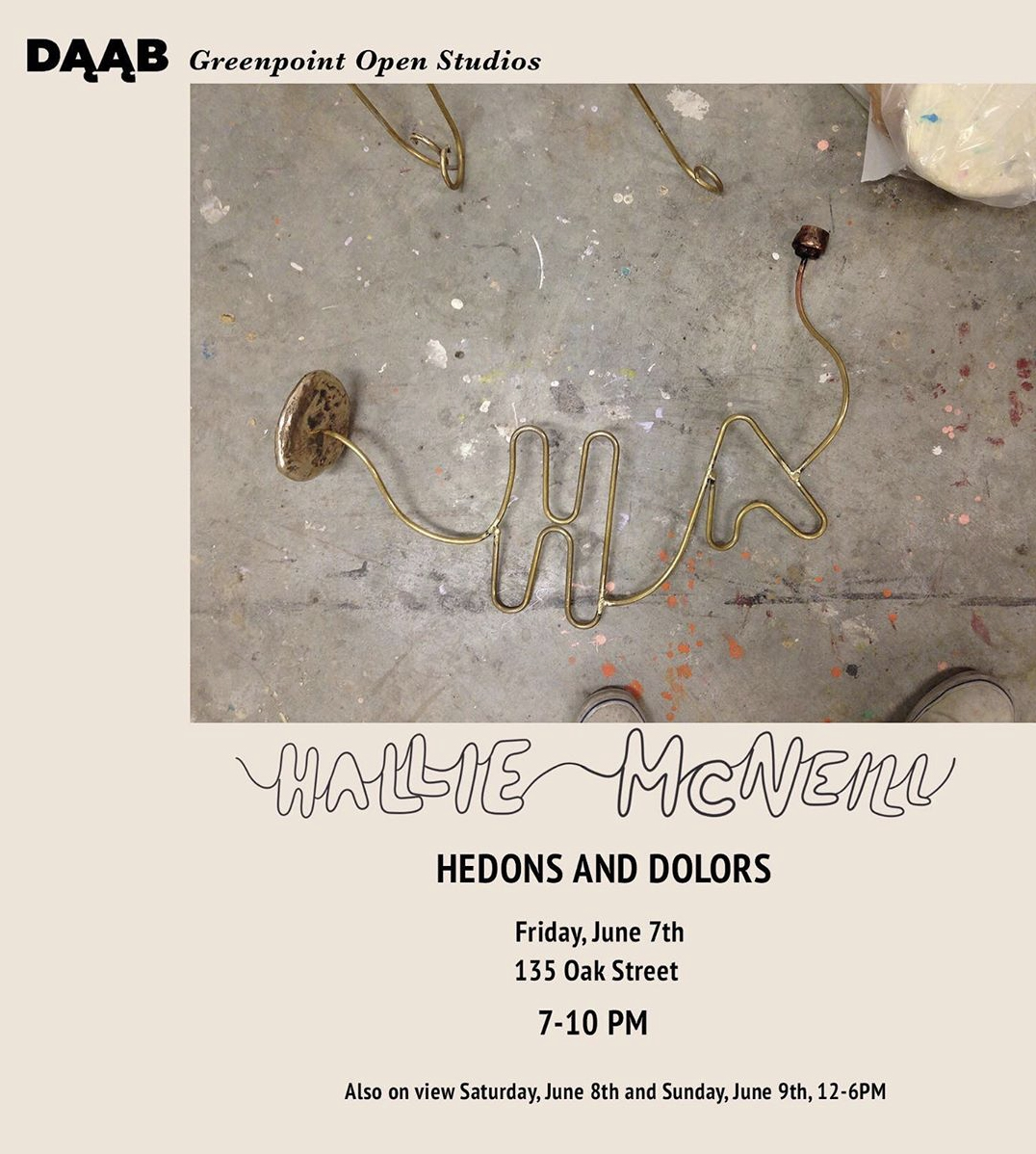 Opening reception for Hallie McNeill‘s Hedons and Dolors at DĄĄB.

Celeste shrugged. “Some people think it was just business as usual – mutation, adaptation, selection, mutation, adaptation, selection, a slow continuity kind of thing, for hundreds of thousands of years. But other people think it happened incredibly fast, within about forty thousand years. And that this capacity that made it possible – this built-in capacity for the operation that lets us merge expressible things into other expressible things – appeared in an instant! Which makes complete sense, even though it could not be more bizarre. One tiny molecular irregularity in one tiny fetus, in a very small population of humans somewhere in Africa! One instant! A universe-altering mutation!”

“But what about…,” he began but ran aground.

“What about the other stuff? The stuff we can’t manage to think?”

“Uh-huh, that’s a problem. Actually, Friedlander was pretty interested in that. In his opinion, language developed as a way for us to deceive ourselves into believing that we understand things, so then we can just go ahead and do stuff that’s more ruthless than what any other animal does. According to him, we can formulate like a fraction of what’s inside our heads and that what’s inside our heads is mostly…drainage, basically, sloshing around, that doesn’t have too much to do with what’s actually out there.”

They looked at each other, and vague shapes, like amoebas, rose, morphed, blended, and faded between them. “But at least it’s all ours,” she said. “It’s the main unique thing we’ve got. It’s our gift.”